I have been involved in Open, specifically Open Access, for over ten years. This is my personal reflection on the place we have reached in the UK, and my concerns as to where we are headed next, with the possibility of national consortia adopting ‘transformative’ read and publish agreements on the horizon.

It is a very long way from where we were in 2008, when heated debate raged on mailing lists arguing the benefits of ‘Green’ versus ‘Gold’ OA. Underlying this was the drive to provide free access to research literature and data.

There were few Open Access journal publishers: the University of Cambridge paid £485,000, mostly Wellcome-Trust-funded, to one Open Access publisher, BioMedCentral (now part of the Springer Nature stable) in article processing charges (APCs).  The only other Open Access publisher of note at this stage was PLOS, and both ran author workshops for us in 2008 and 2009 to introduce our library users to the idea of Open Access publishing. Attendance was somewhat limited, as OA was often seen as being a ‘niche’ activity.

The only international Open Access deal was SCOAP3, which enabled the conversion of journals to Open Access by paying publishers centrally for the costs of making journals Open Access in the area of high-level physics. This seemed revolutionary at the time, but with hindsight it has had the effect of tying in subscribers so that they publish in only a selection of journals, and they cannot cancel individual titles.

Admittedly, a great deal more research is being made publicly available – with Heather Piwor and colleagues estimating that 45% of the scholarly literature was made available via OA in 2015. Yet the predicted ‘flip’ from subscription to Open Access does not seem to have occurred: for this to happen, all countries that publish research would have to publish Open Access, and there are significant barriers that make it difficult for many to afford this. Costs continue to escalate. Sadly the ‘serials crisis’  (which has been lamented in library circles since the 1980s, when the pricing of scientific journals started to rise by 50%) has been exacerbated in the UK by the national adoption of mandated Open Access to research and the growth in Open Access publishing by what are often called legacy publishers.  We are often paying both to access research via subscriptions and to publish via APCs, with some ‘hybrid’ journals managing to combine both models.

The current solution to the cost issue appears to be a move towards transformative agreements. Wholesale adoption of these by legacy publishers could result in block grants to universities being top-sliced and given directly to publishers, in effect officially outsourcing research dissemination to a few preferred suppliers.  (It is only fair to say I have heard praise from University librarians for ‘read-and-publish deals’ from smaller University Presses).  This may result in some potential administrative savings at the university level, but will reduce author choice, skew the market away from smaller players, and stifle innovation in scholarly communications.

At the same time, many publishing companies have tried to reposition themselves as research service providers. They now provide metrics on university publishing outputs, often linked to academic tenure and reward systems, which makes the dominance of a few key players all the more worrying. Moreover, the same publishers are now providing the tools for some institutional repositories, which are becoming increasingly important as a route to maintaining ‘Green’ open access.

So where does this leave Open Access to research and how can the open community put in place a sustainable infrastructure that helps to support Open Access to scholarship and retain some ownership of the research ecosystem?  Is it too late?

Clearly, funding is an issue, and much of this comes from outside libraries. Recently, philanthropic grant awards have been seen to provide support for open scholarship; for example, grants by the Arcadia Fund to support the creation of an open repository platform and to researchers to reform the role of universities and build them into information-sharing Open Knowledge Institutions.

Although welcome, I would caution that such grant-making activity is great for ‘kick-starting’ initiatives but may not be sustainable in the longer term.

A North American initiative proposed by David W. Lewis, Dean of the IUPUI University Library, proposes that academic libraries should commit 2.5% of their total budgets to organizations and projects that contribute to the common digital infrastructure need to support the open scholarly commons. A recent review by Kathleen Shearer of COAR found that Canadian libraries’ expenditure in support of Open Scholarship infrastructure ranged from 0.88% to 7.23%, with an average of 3%. Potentially this is a start.

Away from finance, there are community-led initiatives in support of establishing an open infrastructure, for example there are several projects looking at open citations – both how the data should be collected and what it should be used for – as these are vital for discovery and, in an increasingly metric-driven sector, assessment.

Support for ‘Green’ Open Access and repositories is regaining importance. Tools have been created to ensure that those who do not have access to subscription research are able to find an OA version – Unpaywall and the OA button. Günter Waibel, Associate Vice Provost & Executive Director, California Digital Library, states that following the University of California’s cancellation of its contract with Elsevier, the ‘Elsevier walk-away has reinforced our appreciation for green OA copies of articles available in repositories; as well as the continued importance of supporting UC faculty and staff in making their own article available in our eScholarship repository’.

Equally there are publishing initiatives that have developed workable open access models that are not cost prohibitive, a good example being the Open Library of Humanities, which provides a membership model for libraries, or overlay journals on pre-print servers and repositories. Overlay journals on the arXiv and institutional repositories are also meeting a researcher need, but at a minimum cost.

These initiatives, and the committed individuals behind them, do provide a ray of hope that Open Access will continue to be open to all!

Yvonne Nobis is Head of Physical Sciences Libraries at the University of Cambridge.

DARIAHOpen asked to interview us about the formation, ethos and ambitions of ScholarLed. We were delighted to accept! 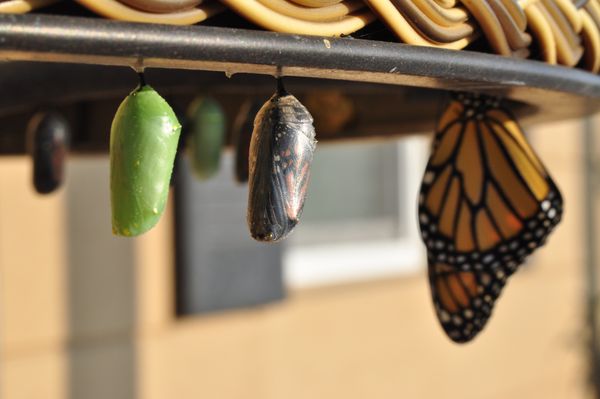 The humanities should refrain from implementing a bad solution to a problem that they can avoid. Rather than spending time, energy and budget on transformative agreements with commercial publishers, they should set an example by making sure that alternatives flourish.

ScholarLed Blog
—
The Bonds that Fail to Tie Us Together: The Search for Sustainable Open Infrastructure in the UK and Beyond
Share this